Your Child’s Development at 2 Years

Children develop at different rates and master various skills as they grow. These skills include communication, motion, cognitive and social skills. They also take time to learn to use a potty among other skills. The development of these skills at the expected time forms the milestones that doctors use to determine whether the child is developing at the expected rate. Children are not expected to meet these developmental milestones at a specific time. Some meet them earlier while some will master different skills later. There’s a range that is considered normal. Those born prematurely will reach the milestones later.  Below are milestones which your 2 year old child is expected to reach. 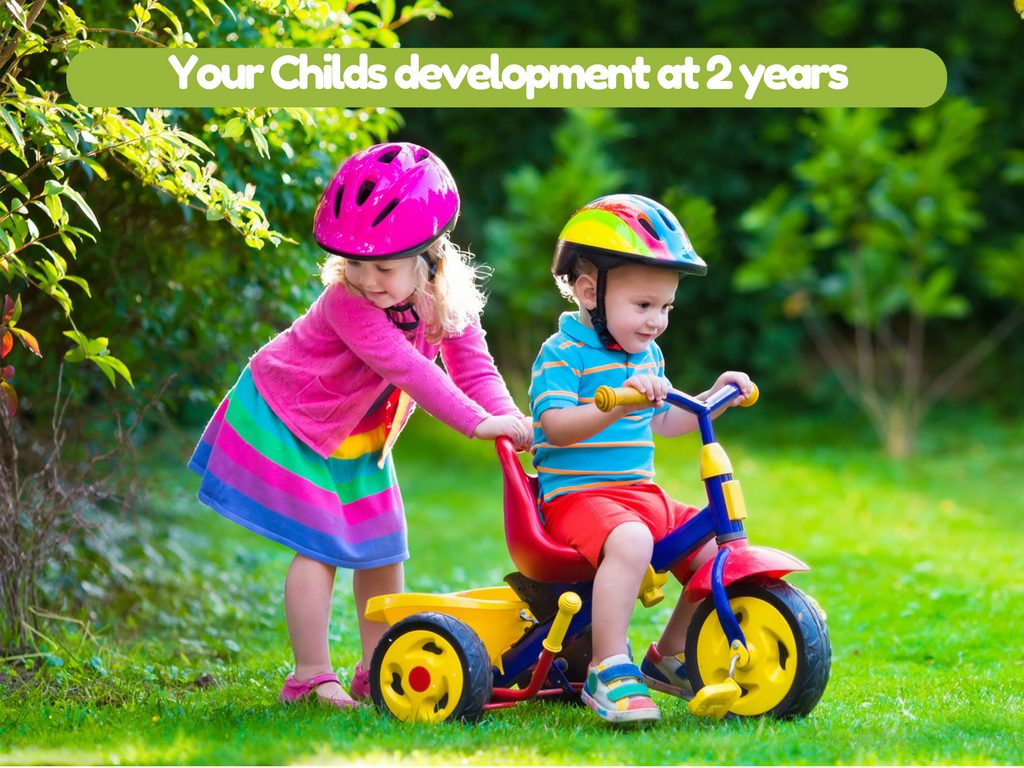 At 2 years, your child is expected to be able to speak over 50 words and use two-word phrases. When he/she speaks, a stranger should be able to understand him or her half the time. Your child should also be able to use real words when prompted instead of baby talk.

Your 2 year old should normally be able to scribble and draw lines, stack blocks and feed him/her self. He /she should also be able to run, kick a ball and walk down stairs.

By age 2, your child at day care normally should have developed enough emotionally to be able to express fear of things such as certain animals and loud sounds. They also have developed social skill and can play with other children. The development of social and emotional skills also allows him or her to tell you when the diaper is dirty or when he or she need to poop or pee.

Normally, children at this age can have developed considerable thinking and learning skill. They are able to follow two-step commands such as picking up an object and placing it on a shelf. They can also name several body parts, pick out pictures from a book and engage in childhood games which involve pretence such as feeding a doll.

Minor delays to reach these milestones should not cause much worry as long as the child is healthy. However if you are worried about the delay, you should talk to a doctor about it.

When you should be concerned

Certain signs can be indicate a delay in the child’s development. If you notice the following signs in your child, you should consult a doctor:

You should also seek a doctor’s help if the child’s acquired skills are deteriorating. If you notice that your child has lost his ability to communicate, walk, run, or show emotions among other skills or shows signs of weakness on one side of the body, take him to a doctor. The doctor will examine the child and determine if the child is okay.

Tagged with: Child’s Development at 2 Years