When babies begin to smile

Babies begin flashing ‘real’ smiles around 6 to 12 weeks infants after birth. These are social smiles when they actually smile in response to something they see or hear. This is however not the first time your baby has smiled. Babies can begin smiling way before this; even in the womb. The difference is that these early smiles are just involuntary reflex smiles much like a jerking leg or arm as the body tests its equipment. Reflex smiles are generally random and short and disappear by the time the baby is two months old. Some people also think that the early smiles are because of internal comfort which is why they often appear during sleep. These reflex smiles disappear

A baby’s first real smile is more than just a smile. It is an important sign of the baby’s visual, social and emotional development. It shows that the baby’s brain is maturing enough to stop the reflex smiles. They are a sign of improved vision, an expression of emotions such as happiness and contentment and a realization that smiling is a social tool that helps him connect with others. 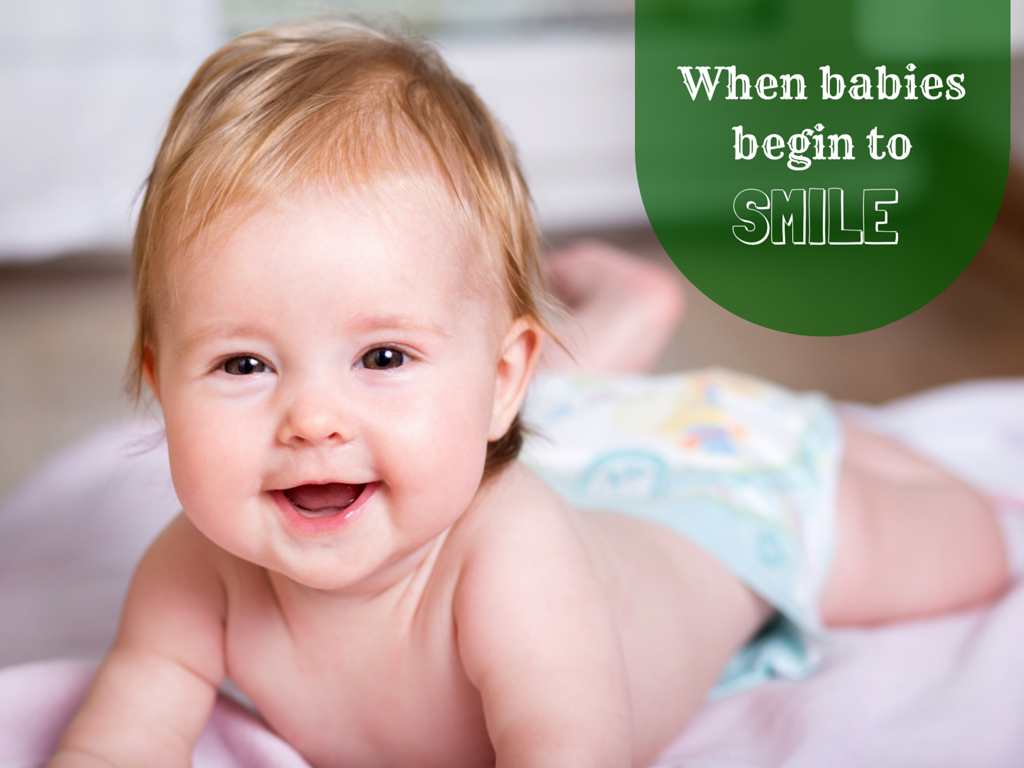 Once your baby flashes that first social smile, you can expect her to do it more often. She’ll smile in response to visual and vocal stimulation such as simply seeing his favorite people or when you sing or talk to her. He will also smile at other people before he gets anxious of strangers at around 6 months of age. As she develops, you will notice your baby graduate from just smiling to cooing then giggling and by about 5 months of age, start letting out belly laughs and excited squeals. At about 1 year of age, babies start to develop a sense of humor and you’ll likely see yours doing silly things that get you laughing. They will also laugh at you doing silly things like putting trying to put on her small shoe.

Smiling red flags to look out for

Just as with other developmental milestones, your baby will start smiling at his own time. This could earlier or later than the expected 6 to 12 weeks and shouldn’t worry you much. If your baby was born prematurely, it may take her a while to catch up on smiling so you should give her some time before you fret. That she’s not smiling doesn’t necessarily mean she’s unhappy. However if by 3 months the baby hasn’t started smiling, you should talk about with your pediatrician.