Food allergies are common and affect 1 out of every 13 children aged below 18 years in the US alone. Commonly caused by foods such as milk, peanuts, eggs, wheat, soy, fish, tree nuts and shellfish; they occur when the body thinks a particular food or substance is harmful. The body produces antibodies and chemicals to fight the allergen triggering the symptoms of an allergic reaction.

Being able to recognize the signs of an allergic reaction is crucial to getting a child the needed medical attention quickly and to avoid future occurrences.

Food allergy reactions vary between individuals. They may be mild and restricted to a particular body part in one person but involve more body systems and be more severe, even fatal, in another person. They can occur within minutes of contact with the allergen or a few hours later. In the more severe reactions which involve two or more body systems called anaphylaxis, symptoms can include swollen airways resulting in breathing difficulty, low blood pressure, and loss of consciousness. 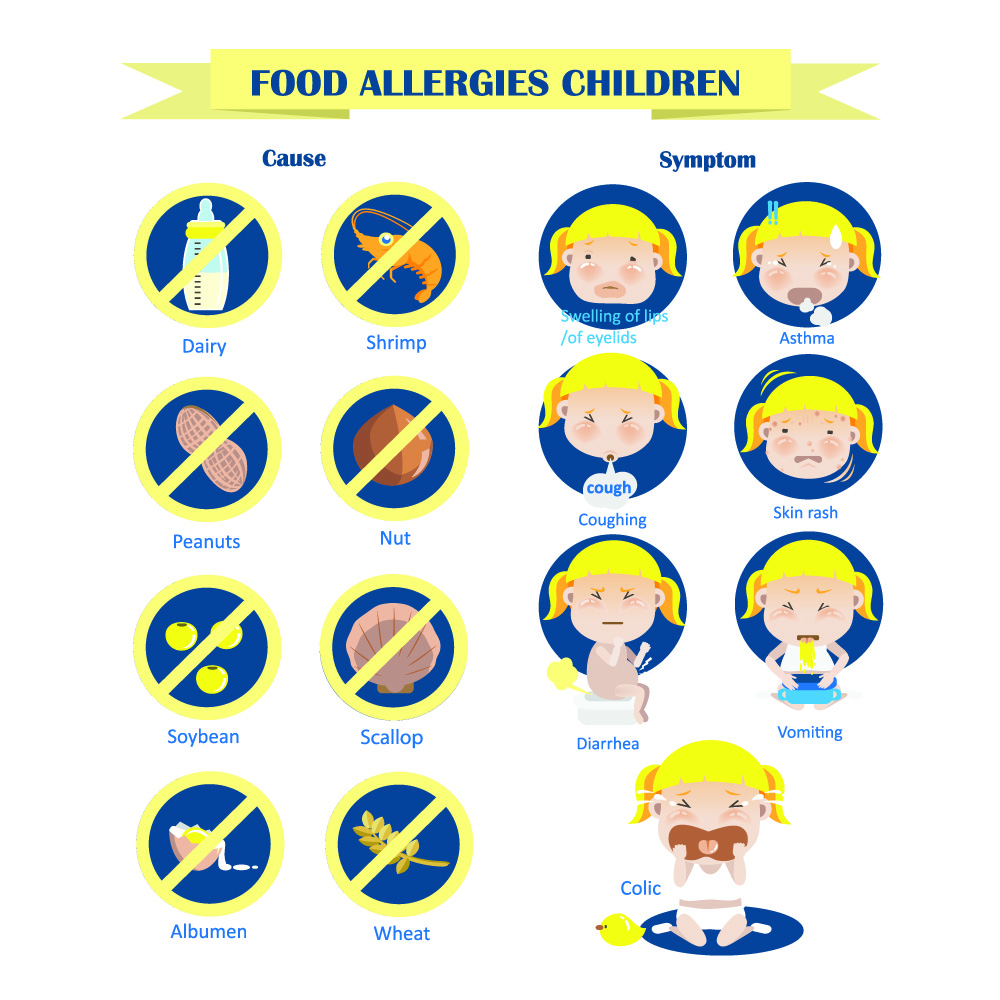 Below are the commonly experienced symptoms:

The skin may have red itchy bumps; appear red and swollen on the face and lips and itchy or swollen tongue or mouth.

The child may experience diarrhea, vomiting, nausea and abdominal pain.

Where the cardiovascular system is affected, lightheadedness and fainting may be experienced.

A food allergy is sometimes confused with food intolerance due to the shared symptoms such as indigestion and loose stool. However unlike intolerance, allergic reactions involve the immune system and can be fatal.

If your child has symptoms of a food allergy, you should take him/her to a doctor and provide information such as the symptoms you’ve noticed, how often they occur, how long after eating do they occur, and whether there’s history of allergies in the family. The doctor will then try to rule out other conditions that may be causing the symptoms such as intolerance or celiac disease. If food allergy is suspected, an allergy specialist will perform skin and blood tests and a physical exam to make a diagnosis. A food challenge may also be performed. The results of these tests are usually conclusive. If they indicate that the child has food allergies necessary treatment and precautions will have to be taken.

Though childhood food allergies are sometimes outgrown, they are not curable. Medications such as antihistamines, epinephrine (commonly used in treating severe reactions) or bronchodilators are usually prescribed by doctors to relieve the symptoms during an allergic reaction. A treatment plan developed by the allergist usually involved identifying and avoiding the allergens. Measures that have to be taken include: