Baby growth between 1 and 2 years of age

Babies undergo a lot of changes in their first year with significant growth and development occurring during this age group. By the time they are 1.5 years old; most babies are learning to walk and talk and are growing into capable toddlers. They begin losing the baby look, become stronger and their ability to do various things becomes more developed by the time they get to their second birthdays. Even though they undergo these changes, their physical growth rate slows down as compared to the previous period but they continue to grow at a steady pace. These are just some of the changes to expect but just how much should you expect your child to grow?

How much he’ll grow

The rate of growth generally varies with each child but generally, in this period, the toddler’s weight often increases by about 2.27 kg and they grow taller by about 4 to 5 inches. By their second birthday, most children attain almost half their adult height. Their head size also increases in circumference by about an inch during this period; reaching about 90% of the size of the head in adulthood. 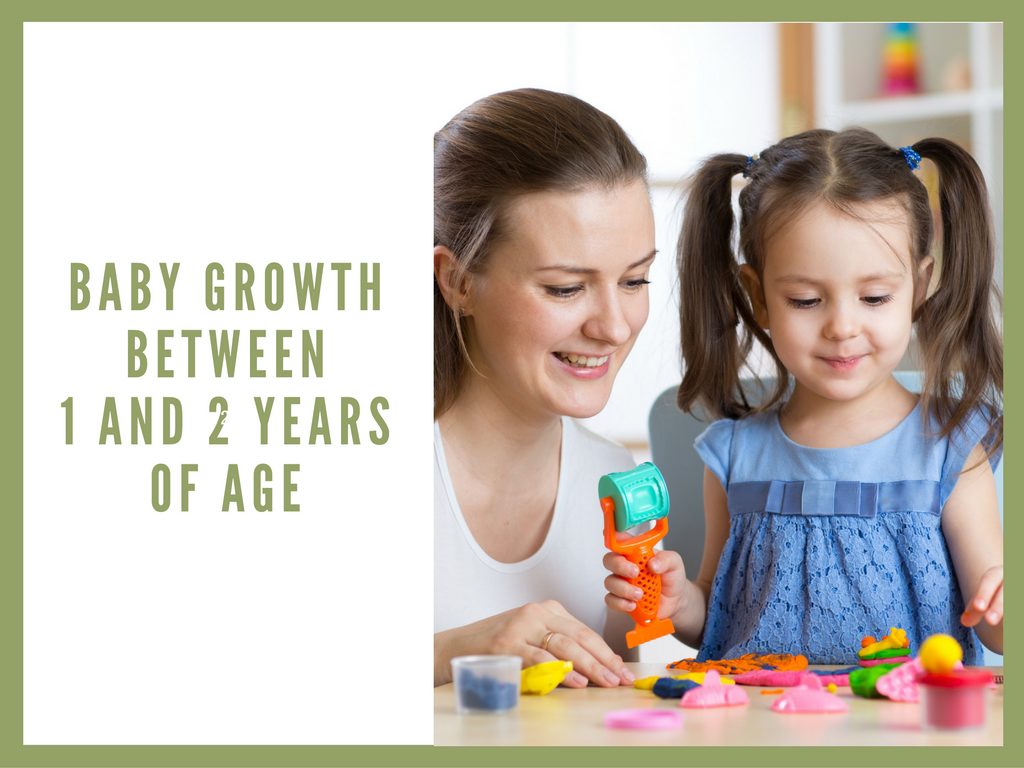 While growth takes place, more noticeable changes will occur in the toddler’s appearance. In place of the rounded belly and comparatively short legs and arms designed for crawling, you will notice your child beginning to trim down and gain a more muscular appearance due to an increase in physical activity. By the end of their second year, they look less like babies and more like pre-school kids.

Children come in different shapes and sizes and grow at different paces. Therefore, a child that is a bit late in meeting these milestones should typically not inspire too much concern. However, you should maintain the regular checkups during which your doctor should continually plot the child’s growth chart. This will assure you that the child is growing at a steady rate despite a child appearing too thin or chubby. Remember that in this period, babies transition to table foods and experiment with different tastes and textures. As their growth slows down, their appetite also tends to go down so periodic disinterest in food can be expected. If however you are concerned the child isn’t eating enough, consult your doctor to be sure that nothing is wrong.

You should also encourage appropriate activity and allow the child to explore the environment as long as it is safe. This has both physical and intellectual benefits as the child learns a lot from his environment. Don’t restrain his movement with strollers and cribs for too long.

What to expect after age 2

The rate of growth remains slow but steady; gaining just about 2 or 3 inches between their 2nd and 3rd birthday. However, this is also the time that they develop their language skills considerably. It is important during this time to focus on providing a safe, healthy environment and support the child’s physical, mental and intellectual development. Should there be any concerns or red flags, don’t hesitate to talk to your doctor.

Tagged with: Baby growth between 1 and 2 years of age